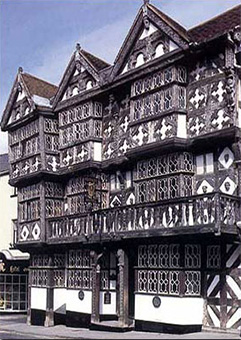 Ludlow is a thriving market town surrounded by the unspoilt and beautiful countryside of south Shropshire and the Welsh border, known as the Welsh Marches.

Ludlow, and its surrounding areas, have an international reputation for the quality of its food and drink. Some of the best restaurants in Britain can be found here, encouraged by the areas abundance of top-quality food and drink producers and suppliers. There are no fewer than seven restaurants in or near Ludlow with entries on the current Michelin guide to hotels and restaurants in Britain. Every September, the showcase for this is the Ludlow Marches Food and Drink Festival, when the town is filled with food lovers from all over the UK, and beyond.

Within Ludlow, you will find a wide and varied range of shops, mostly independently owned, including traditional family businesses where shopping for food, clothing, gifts, antiques, books and many specialist products is an enjoyable voyage of discovery. There are also plenty of booksellers, antiques dealers, art galleries and craft shops that are well worth a visit.

Ludlow has held street markets since the twelfth century. Nowadays, a traditional open-air market takes place in the town square throughout the year, it boasts more than 40 stalls selling a range of goods including fresh produce, cheeses, books and a selection of local crafts.

A farmer’s market is held on the second Thursday of each month. This has 20 or 30 stalls with producers selling food and drink from within a 30 mile radius of Ludlow. 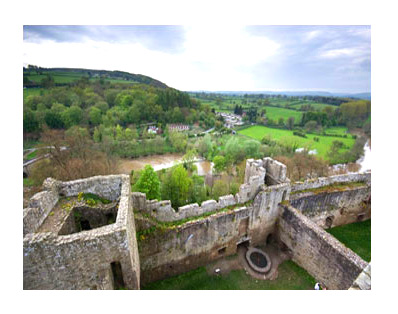 The Ludlow Festival takes place in the last week of June and first week in July, it offers a wide range of events at venues throughout the town. The Food & Drink Festival started in 1995 it has become the major Food & Drink event in Britain focusing on small local producers. A visit is a must for any food lover, it is dedicated to show casing quality food and drink from independent producers and suppliers in Ludlow and the Marches. The weekend is packed with events both in Ludlow Castle and throughout the town centre.

A fun fair takes over the town throughout the Mayday bank holiday weekend, occupying the market square area in front of the castle and part of Mill Street.

The parish church of St Lawrence is one of the largest in the country, it was mostly rebuilt in the mid-15th century but some earlier features survive.

Whitcliffe Common overlooks the castle and the river, it contains many short walks and two internationally recognised geological sites of Special Scientific Interest. Ludlow is at the start of the Mortimer trail, a long path to Kington on the Herefordshire/Wales border. A range of walking leaflets, maps and booklets are available from the tourist information centre located in the town. The impressive ruins of the castle occupy the oldest part of Ludlow, it stands in the dominant and imposing position high above the river Teme. Building of the castle started around 1085, with many later additions in the following two centuries. The castle features examples of architecture from the Norman, Medieval and Tudor periods. The building of the castle led to the development of the town itself, at first grouped around the castle. As a result of the town’s popularity, many of Ludlow’s most notable buildings were built in the first part of the 18th century.